Kibuye Hope Hospital is a sprawling, dense campus surrounded by a high wall. It sits at the bottom of a hill bordered by two valleys. Banana trees, eucalyptus, and pines frame the road that winds to the hospital gate. Dawn breaks, glinting off the blue roofs and casting shadows up the hill.

Kibuye village grows out of the hospital complex up the hill to the west. The main street of the village is lined with houses on one side and the hospital gate on the other. People hurry to fields and groves, cows and goats are moved to pasture, and kids run up and down the hill with water jugs. The first motorcycles and cars appear at the hospital gate. A tiny storefront marked "Telephone" is open, a huge speaker pumping Burundian hip-hop and gospel music into the awakening street. 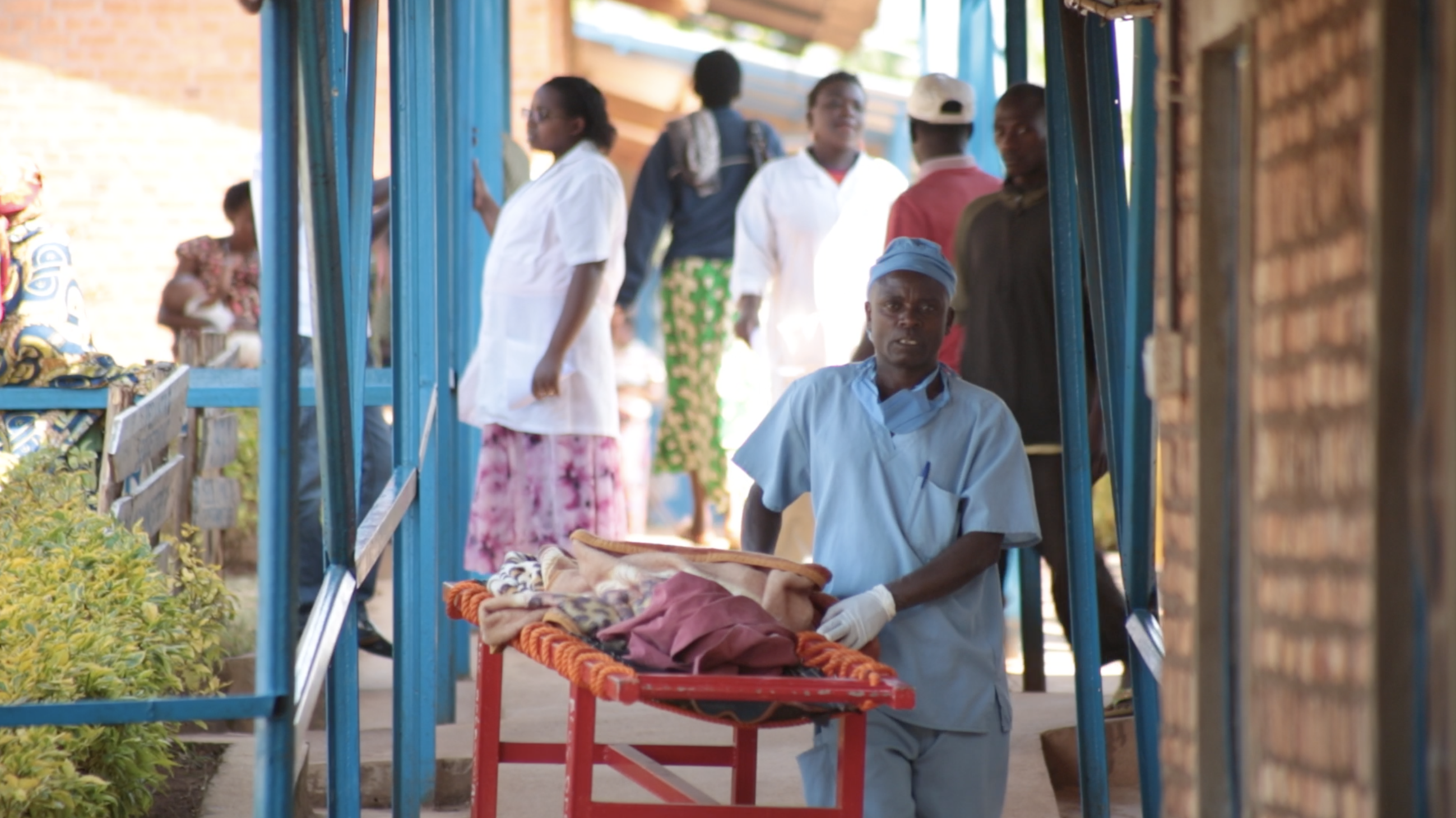 Inside the hospital, people line up for morning laboratory tests. The cashier's line is full of people waiting to be admitted. Mothers and children sit in the grass of the two main courtyards, waiting. Doctors and nurses make their rounds between wards – pediatric, NICU, malnutrition, maternity. An elderly man picks out glasses at the optometrist. 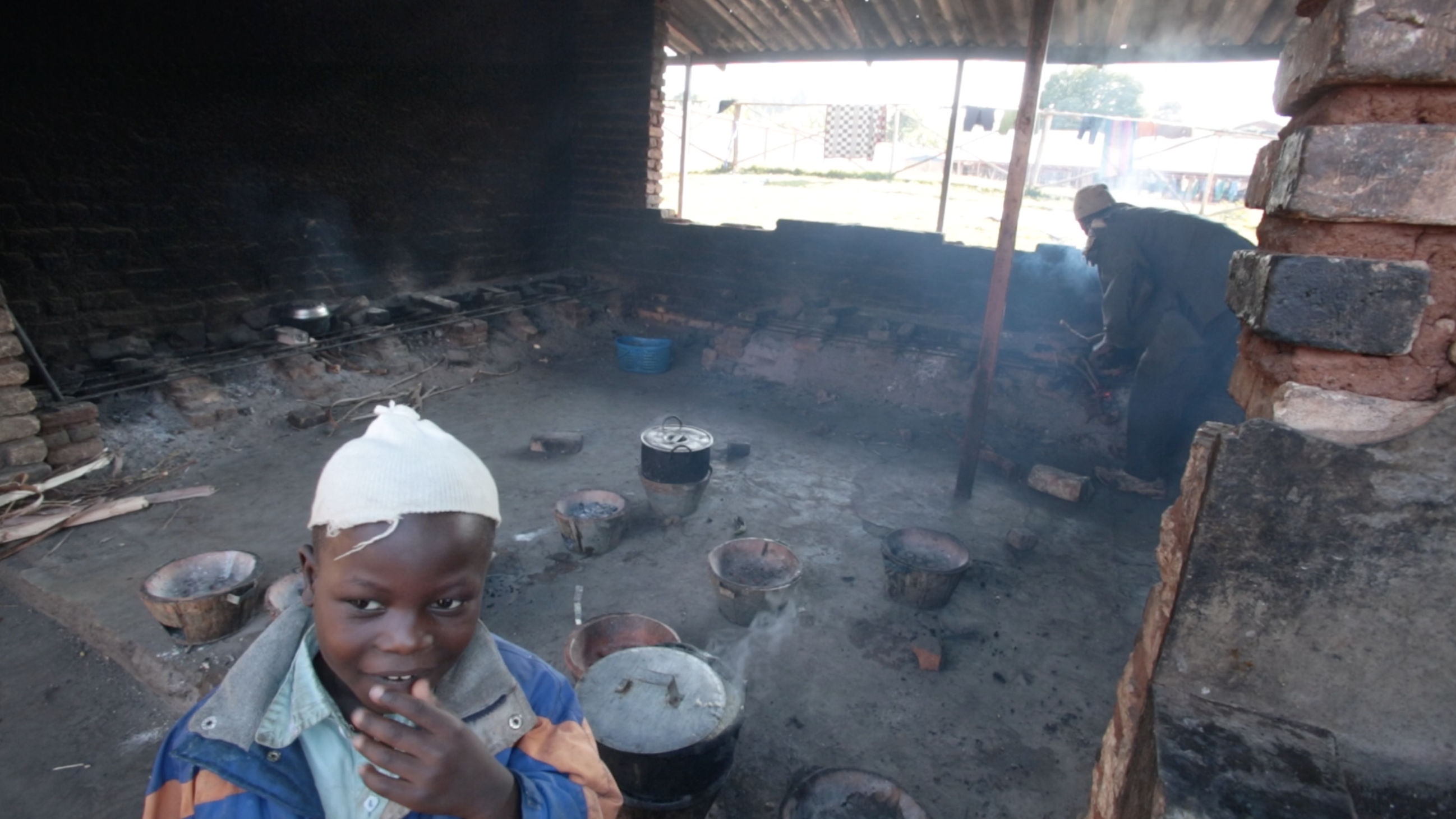 In the center of the hospital, a cooking area for family members is bustling. Families with sick relatives prepare breakfast, a row of cooking stoves along one wall, a row of sinks across the other. Someone's little sister runs with a plate of food toward the surgery wing.

The new surgery is new, large and looming over older wards. Two stories (men upstairs, women downstairs), it is light and airy, with tall celings and windows. A plaque at the entrance marks the dedication by the president of Burundi, Pierre Nkurunziza. A man in a wheelchair sits underneath the plaque, legs stretched across his crutches. 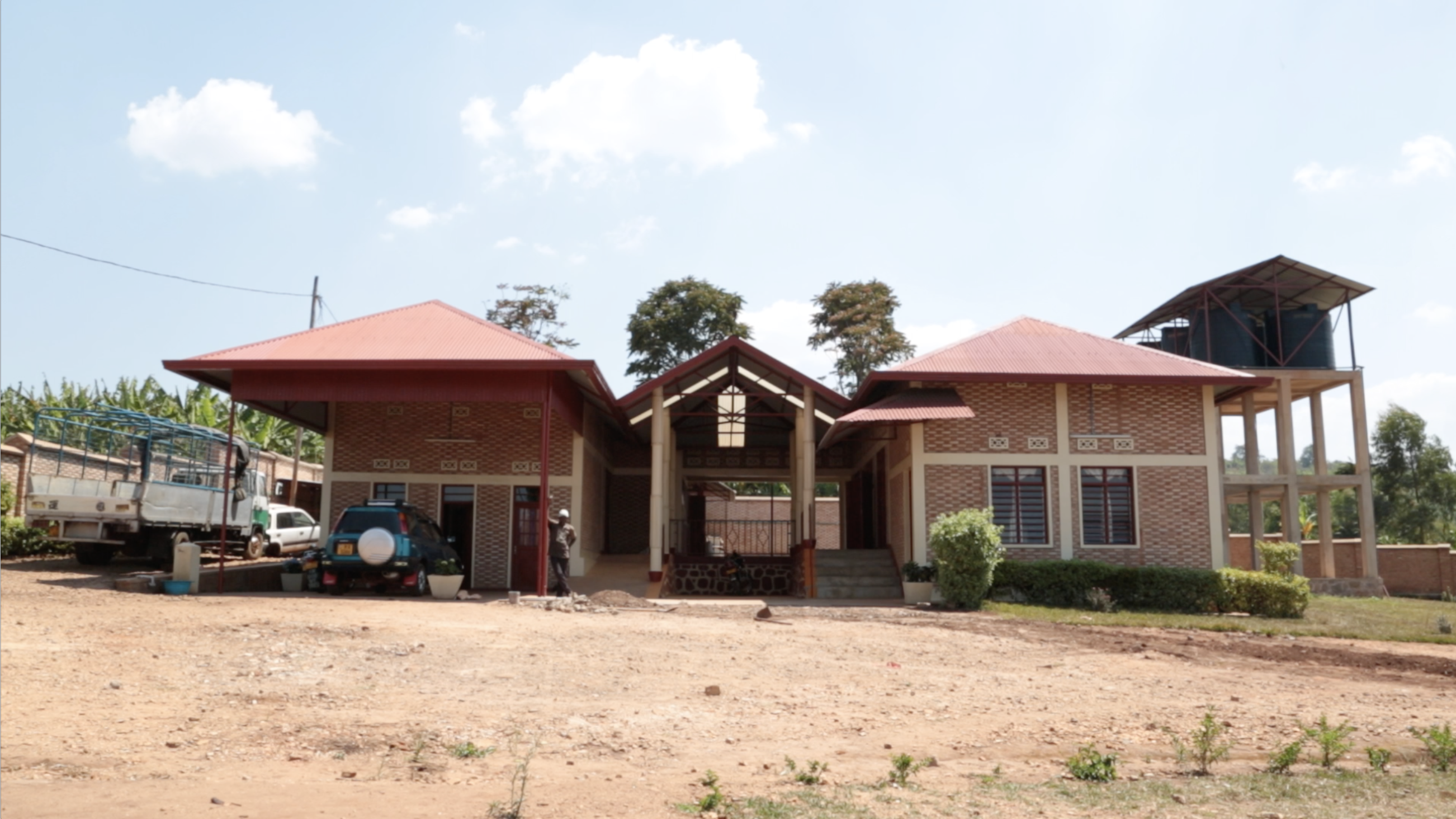 At the far west of the campus sits Busoma, a small mill that produces a porridge for malnutrition intervention. About twenty workers roast maize, soy, and sorghum. They crack smiles at us as their foreman coaches them on how to appear on camera.

To the east of the hospital campus is the doctors' residence. Surrounded by a wall like the hospital, about a dozen houses are laid out with gardens and trees. Several gates give access for cars and people, observed cheerfully by Yahani, the guard.

In the center of the campus, between the hospital and the doctors' residence, is the plaza. A huge field surrounded by trees, the plaza is crossed by two paths. The centerpiece of the plaza are two churches, the "old" church and the "new" one. 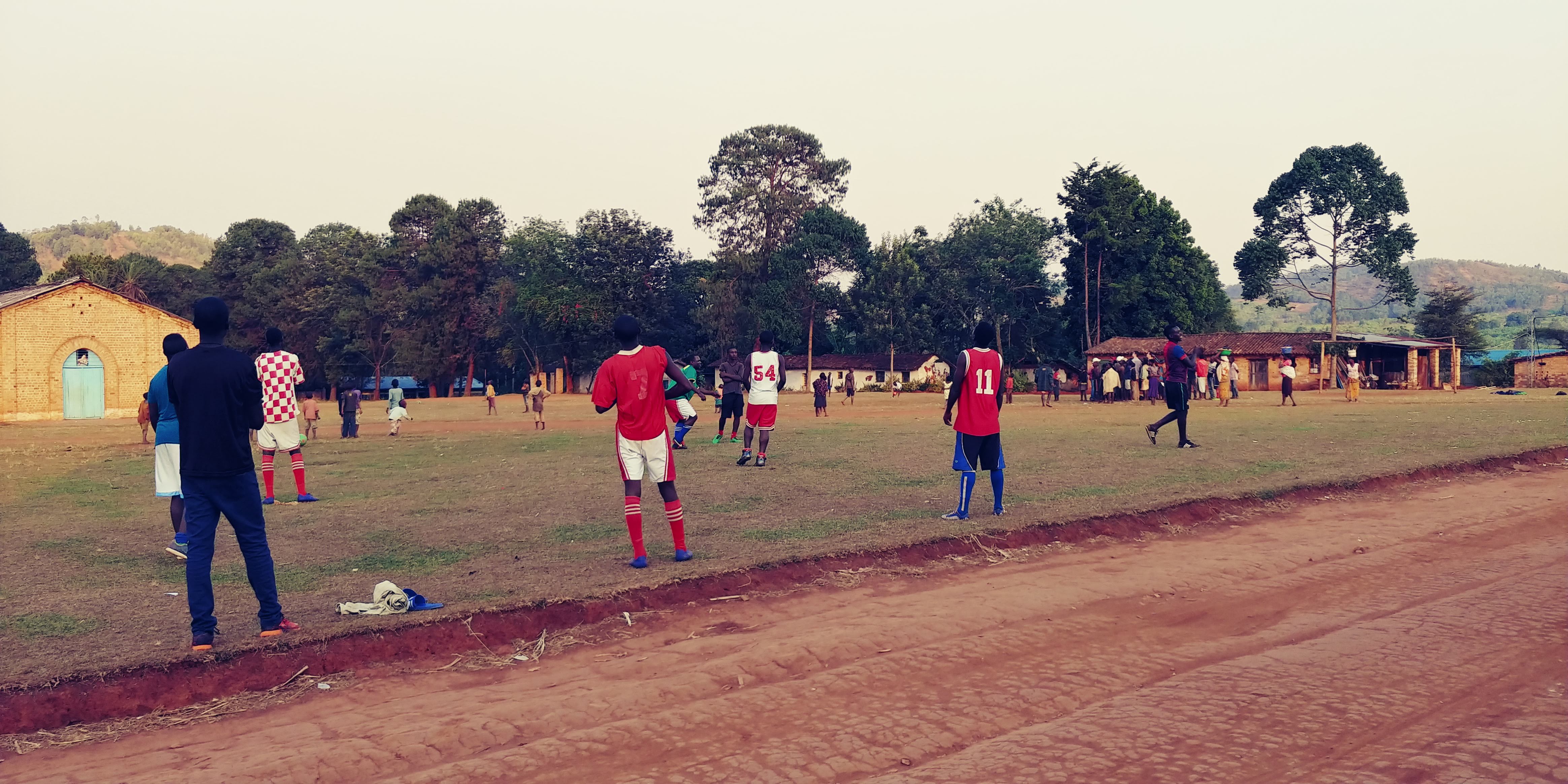 Every evening the plaza is filled with people. Kids play soccer on a short field without goals, and the local soccer club, "Busoma FC", practices for their next match on the long field with wooden goals. 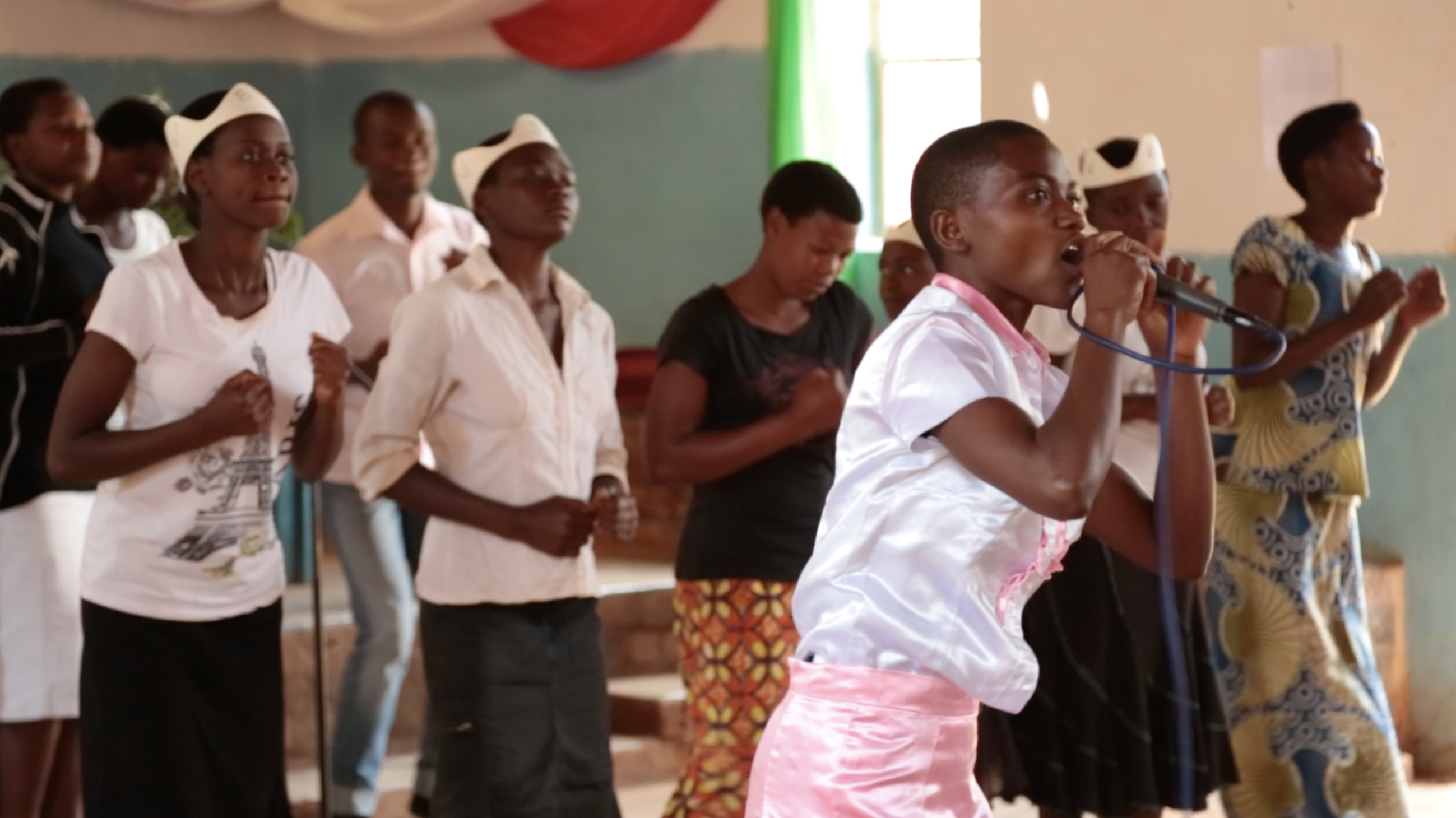 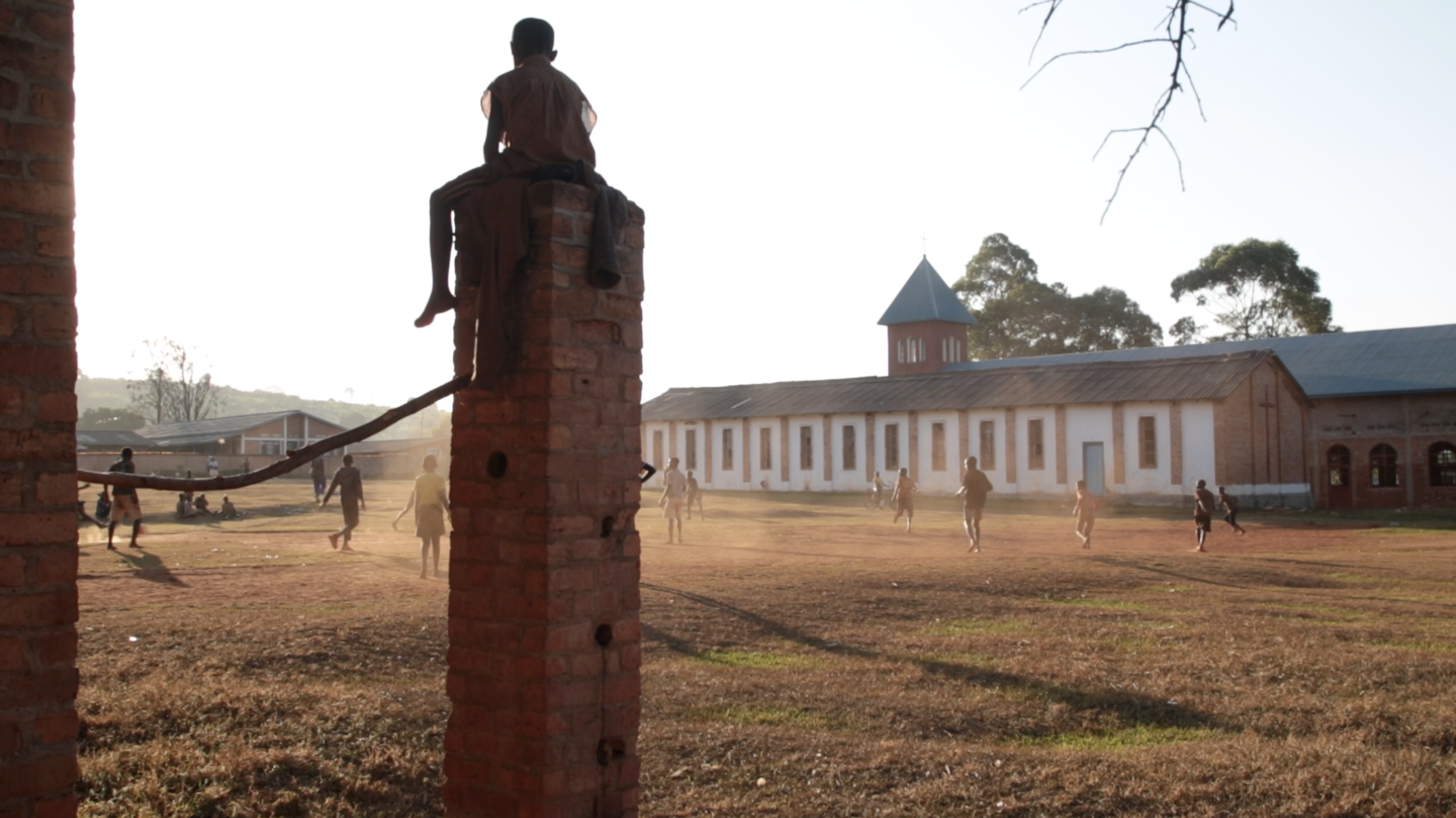 As the sun fades to the west, behind the hill, people call out to each other in the valleys. Cows come home. Kids scream "GOOOoaaaallll" in the plaza. An elderly woman, toothless, smiles at us and wishes "amahoro". Shadrack, in an immaculate letterman jacket, walks home from his work. Doctors practice for their soccer match, each with a teammate on their shoulders.

An owl hoots softly, ready for the swiftly-falling dark.

Kibuye has a primary school that serves 1200 kids. The sprawling campus…