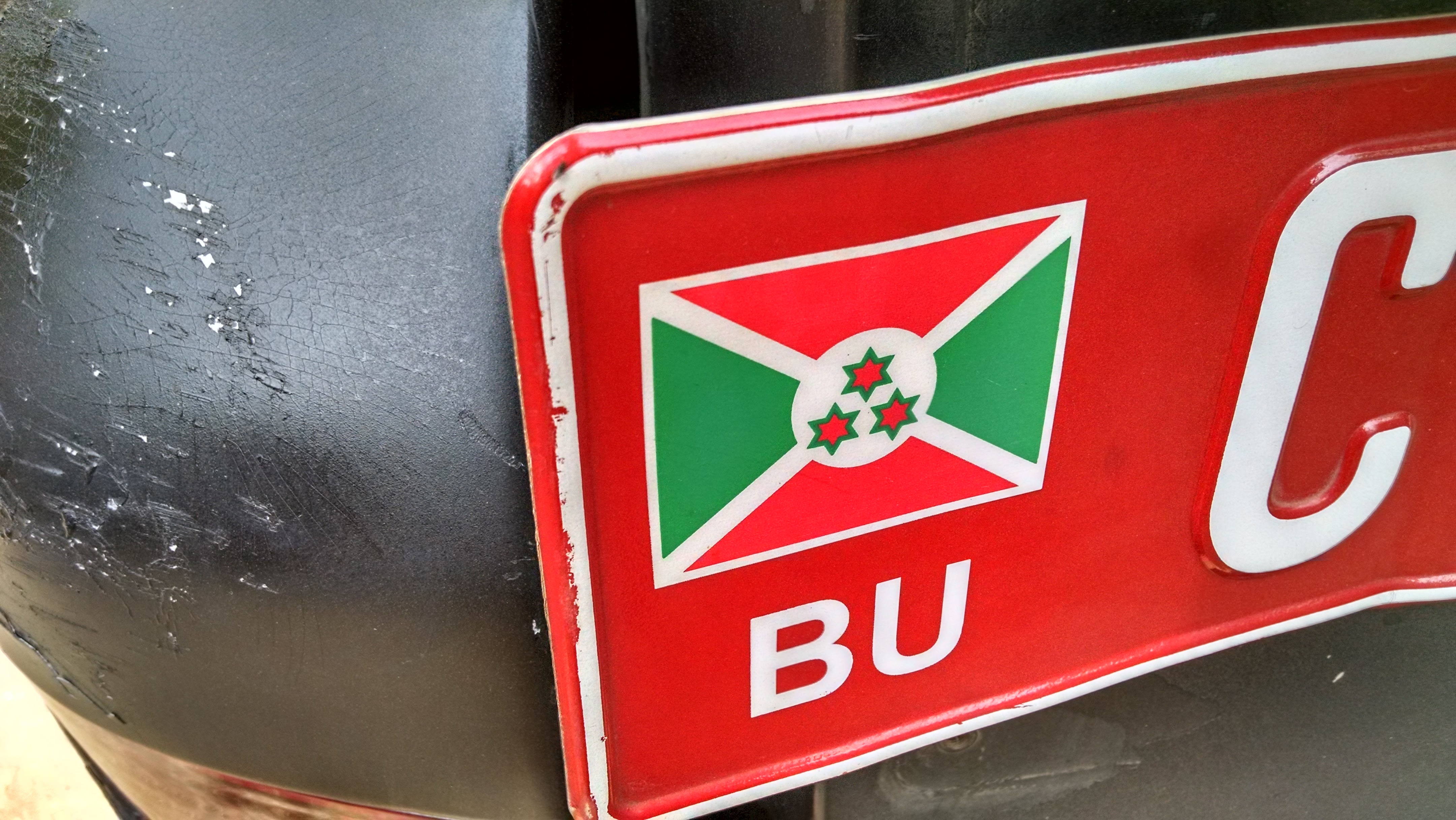 I first went to Kibuye Hospital in September 2016 with the design team from I-TEC. The people at I-TEC have been designing and installing energy systems for missions, schools, universities and hospitals all over the world since the mid '80s. Their bread and butter has been diesel generators and medium voltage electrical loops. Most of them are retired linemen. But about 5 years ago they started adding solar power to their toolkit. They developed what they call a PowerPac - a containerized power system full of batteries and inverters and a diesel generator and ready to be plugged into an array of solar panels on site. 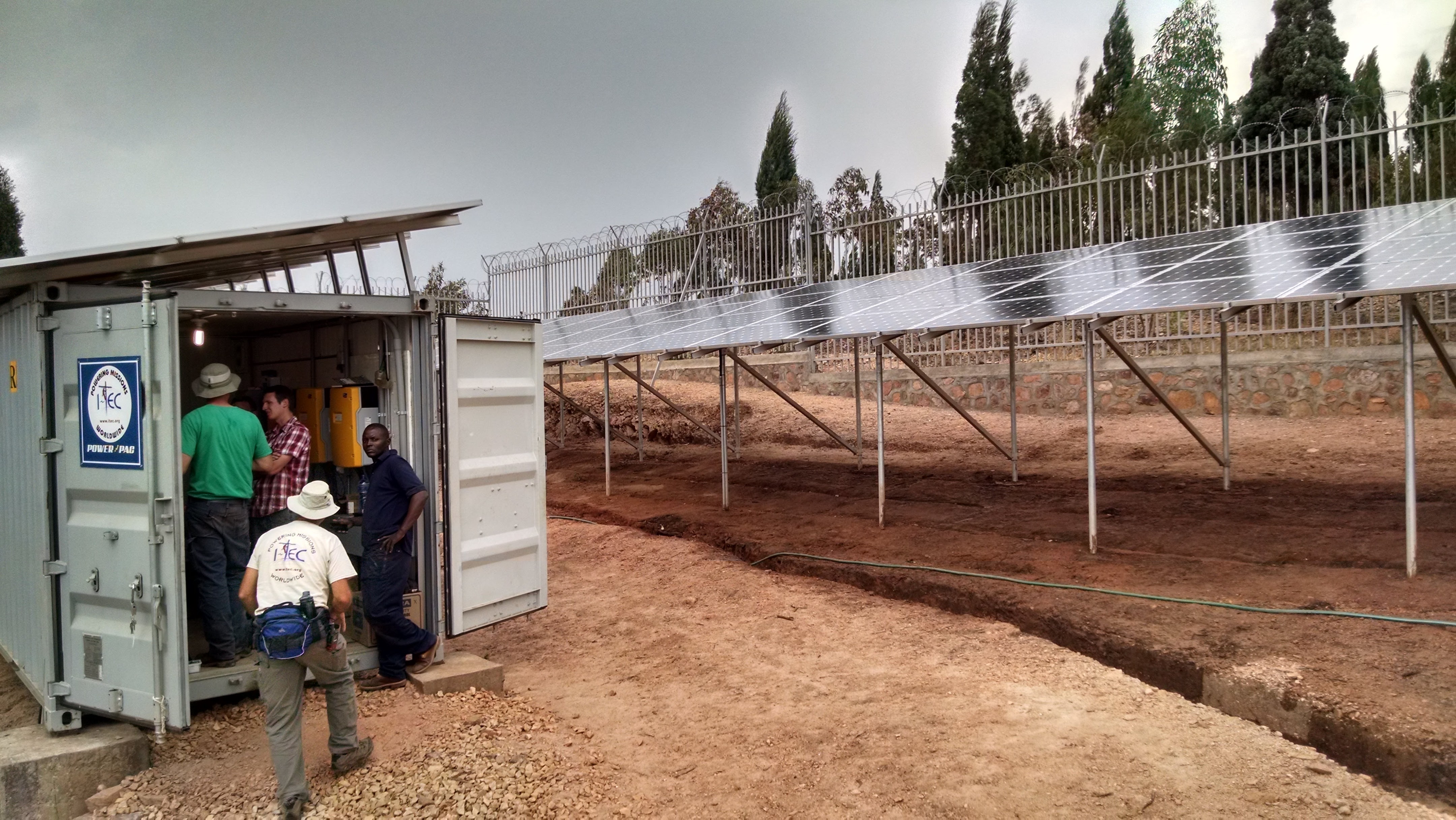 Kibuye was a particular challenge. The campus had grown up little by little since the 1930's without much thought to electrical infrastructure. There were wires running everywhere, generators scattered helter-skelter. The main power distribution center is called the Armpit: 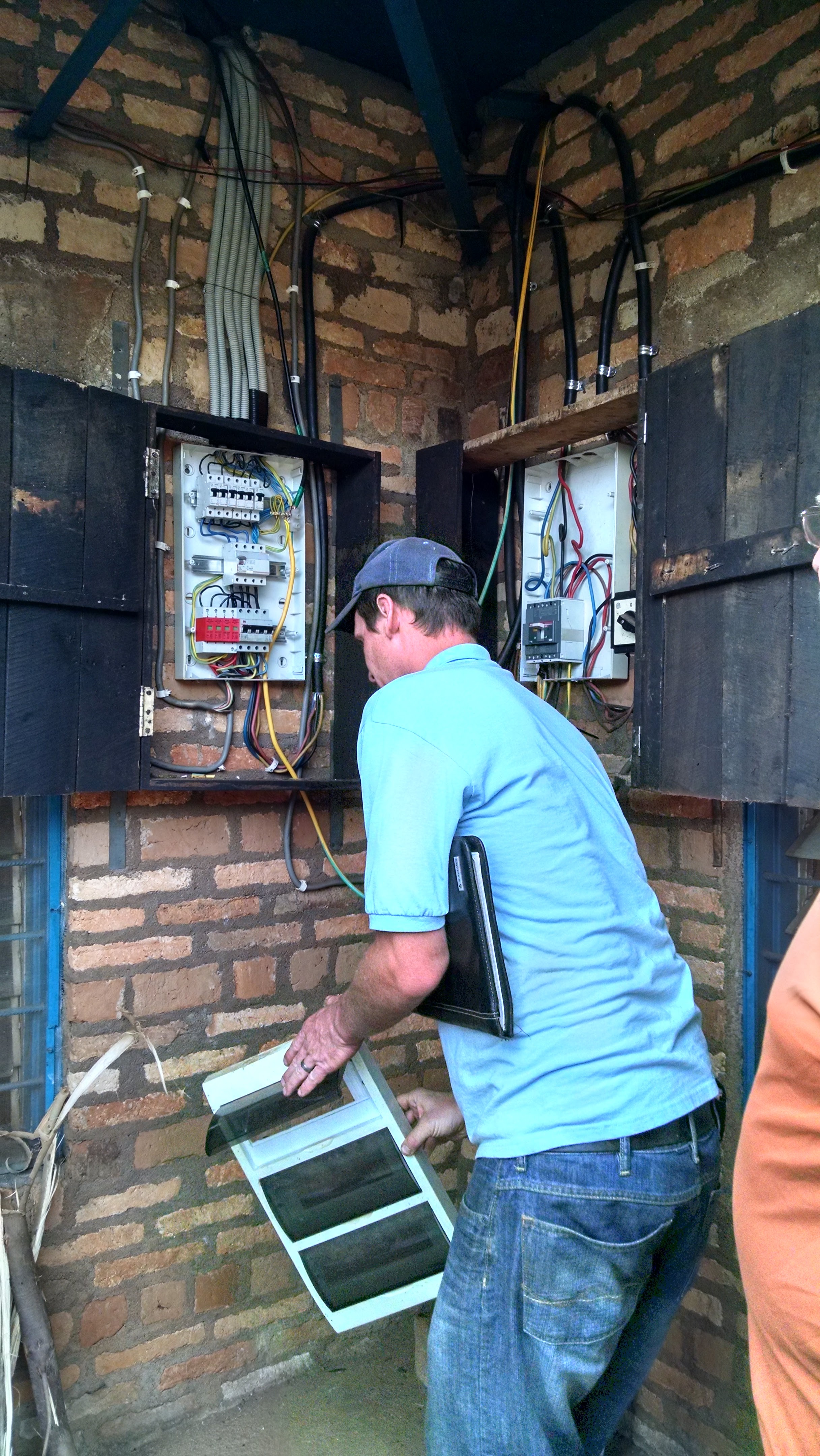 They have power from the national electric grid but it is characterized by perpetual rolling black outs throughout the day and typically it goes off at 6pm and on at 6am. Maybe. In the dry season the situation is even less reliable as local hydroelectric dams become depleted. The on site generators do provide a buffer but diesel can be very expensive and there are often nation wide fuel shortages.

If you can, imagine the darkest night you've ever known. You wake up and don't even know where the edge of the bed is. You stumble forward feeling for walls or something familiar. The air is dank and your hear crying and whimpering from several different directions. You trip over someone sleeping on the floor. You are in a 250 bed hospital in the middle of a highlands jungle and there is no electricity. You call for the nurse but she can't find you. Personally I can't spend much time imagining this. It is truly the stuff of nightmares.

Equally hard to imagine is the anguish that the doctors and nurses go through when they have only 3 portable oxygen generators and 4 tanks of oxygen for a pediactrics ward that has 5 children who won't make it through the night without oxygen. The power goes out and you're out of diesel fuel. The portable O2 generators require constant electricity. Do the math. Who lives? How do you decide? At least it will be dark and you won't have to watch.

Now we're in the makeshift NICU (Neo Natal Intensive Care Unit). Rates of prematurity are high in Burundi as a bi-product of malaria and malnutrition. Incubators have been found to be the best way to help a tiny baby grown and survive. Kibuye's incubators use 60W light bulbs as the heat source. No power, no heat, no George.

Many hospital procedures can be schedule around daylight hours and a power outage is hardly noticed (their phlebotomists primarily do their blood draws in the courtyard where light is the best) but babies the world over prefer to be born at night. Born into blackness while the doctor uses her cell phone flashlight to sew up the tear you just gave your mama isn't an uncommon start to life here at Kibuye.

Our job two years ago was to come up with a way to provide reliable, 24/7 electricity to Kibuye. The challenge was daunting. Not only did we need to design a power pack 3 times larger than anything I-TEC had done in the past it also needed to be able to grow by a factor of 300% over the next decade to match the planned expansion of Kibuye. We also had to come up with a scheme to reliably feed power from the PowerPac to the entire 33 acre Kibuye campus. 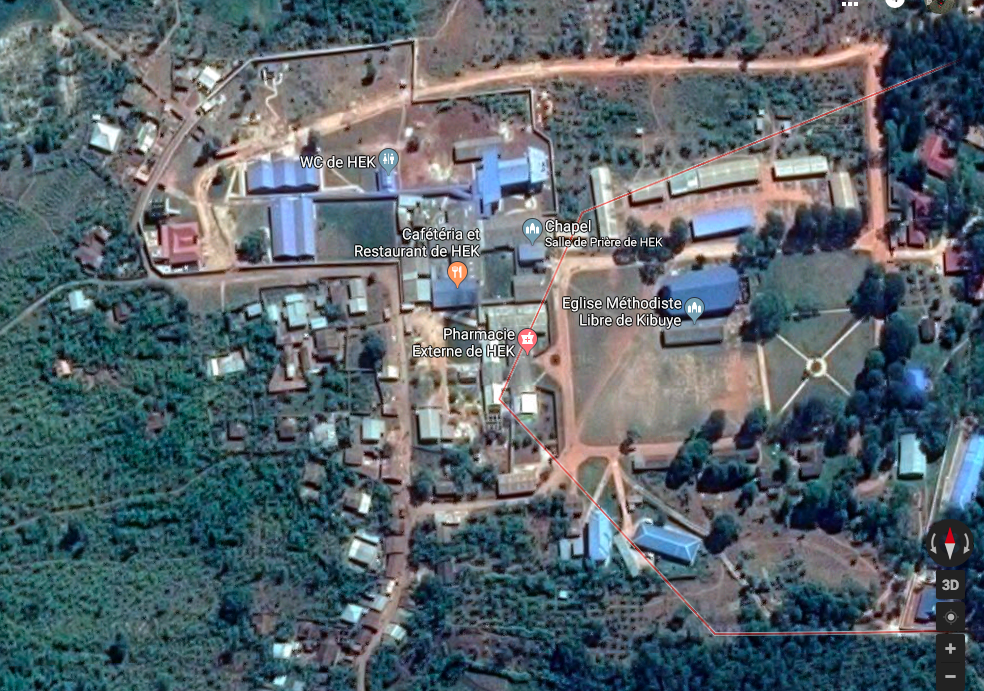 The I-TEC team spent about a week at Kibuye in 2016 scratching our heads, measuring, talking to nurses and doctors about real world use cases and plans for expansion. On the same trip we also surveyed a clinic in Bujumbura and a VERY remote hospital in DR Congo. We came home and talked to our suppliers and equipment manufactures to hone in on just the right products to make this system a reality. We prayed for wisdom. And then Tom Garber, I-TEC's President hit send and the doctors at Kibuye had our proposal and the hope that there could be light and power at Kibuye...

Kibuye Hope Hospital is a sprawling, dense campus surrounded by a high…