Twenty-two hours of flying through four airports to Burundi. Three hours of driving the most adventurous roads to Kibuye. Three days took us all the way around the world.

Oliver and I start in Pasco, WA and fly to Denver, CO. From Denver we fly to Washington DC, and met up with my dad, Jonathan, and Don, another volunteer. Don is from Florida, and climbs radio towers as his retirement job.

From DC we take off over the Atlantic to Brussels, Belgium. Our approach takes us low over quaint European villages, surrounded by fields. The Brussels airport is a hub connecting Europe with Asia, Africa, and the Americas. People from the entire planet hustle through the airport. My Belgian seatmate relates how villagers near the airport have filed noise complaints. Flights are now routed in even numbers from every direction. Noise spreads evenly.

The final flight to Bujumbura happenens during the middle of the night Pacific Time. I attempt to stay up for the entire trip from Pasco to Bujumbura, to combat jetlag. We are scheduled to land in Bujumbura around 6pm local time, and I want to go to bed at a local bedtime. 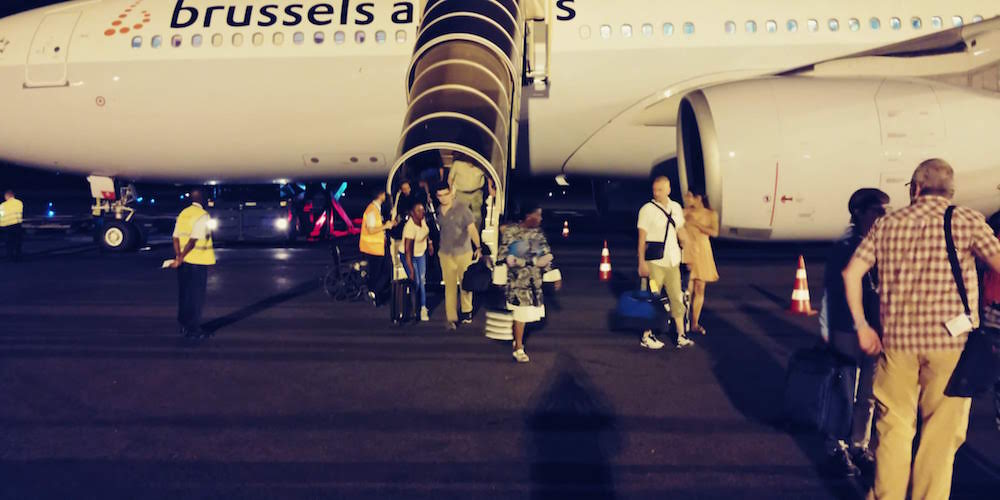 We finally land in Bujumbura (called Buj for short) around 7pm. Since Buj is near the equator, it's already dark at 7pm. The airport is small, dim, and crowded with people, baggage, police, and vendors. We pass through customs without any problems, pick up all our bags, and meet Caleb, our host. Caleb was born in Kenya to an American doctor's family, and is the facilities manager at Kibuye.

Bujumbura is the capitol, largest city, and main port of Burundi. With a population of a half million, it is a bustling metro of busses, motorcycles, bicycles. Packed into pitch-black streets, we thread our way to a guest house for the night. Pedestrians pop up in front of the van. Motorcycles thread between the faint suggestion of lanes. Huge trucks pass through crowds without slowing. Everywhere, people are walking, in pristine clothes, in the dark. I have never seen a more walked city, or a less walkable. 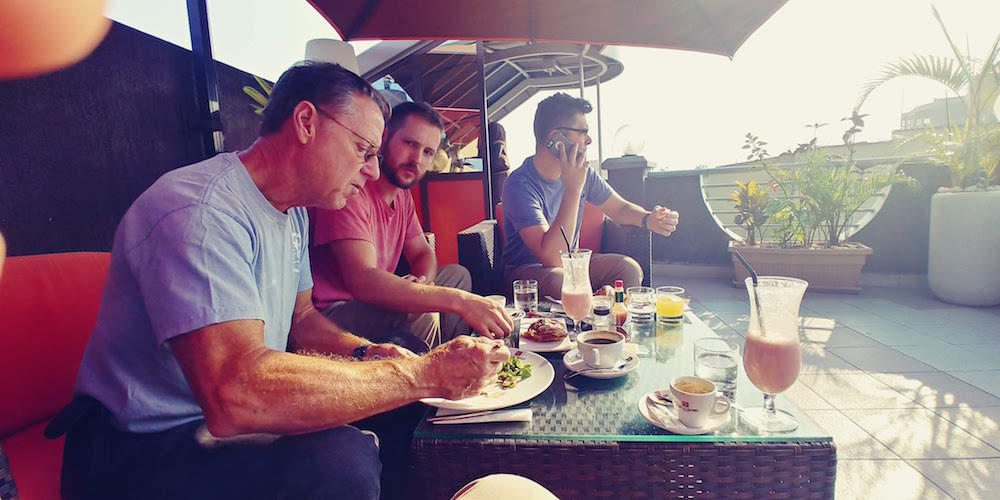 After a short night at the guest house, we are up to drop another volunteer off at the airport. He is heading home after two weeks on the ground. He has twenty stitches on his left hand from a badly-handled hole saw. After boarding the flight, we learned later, a GI bug takes effect on him.

We make our way from the capitol, Bujumbura, to the village and hospital of Kibuye. We're traveling along RN2, a busy and well-paved two-lane highway. Two lanes may be generous, since single-speed bikes are the most common mode of transport. The "bike lane" is two short honks from passing cars, and a slight drift towards the dirt or gravel or steep shoulder. 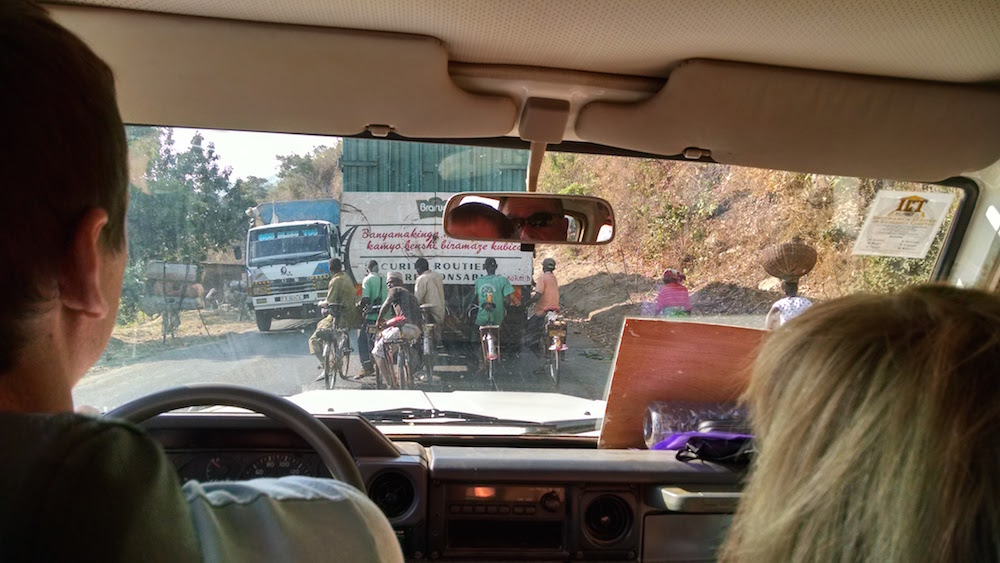 As we climb from the lakeside city into the mountains, the bikes heading downhill pass us at high speed. The bikes are overloaded with charcoal, sugar cane, and bricks, and easily top 45 miles an hour downhill. They pass trucks, sprint between passing vehicles, all while balancing their top-heavy loads. The riders sit sidesaddle, to make it easy to jump off if things get hairy.

Uphill, the riders hook onto truck bumpers and coast up to claim another load. Choking on exhaust, they ask us for cigarettes.

We pass through several villages and small towns. Every town has a bar, plastered with Primus beer logo and colors. Every town has children and goats and cattle in the streets, missing our bumper in the nick of time. People stare at the "abazungu" in our van. We pass checkpoints and police vehicles, but they don't stop us. The red cross and the name "Kibuye" on our dash probably helps. 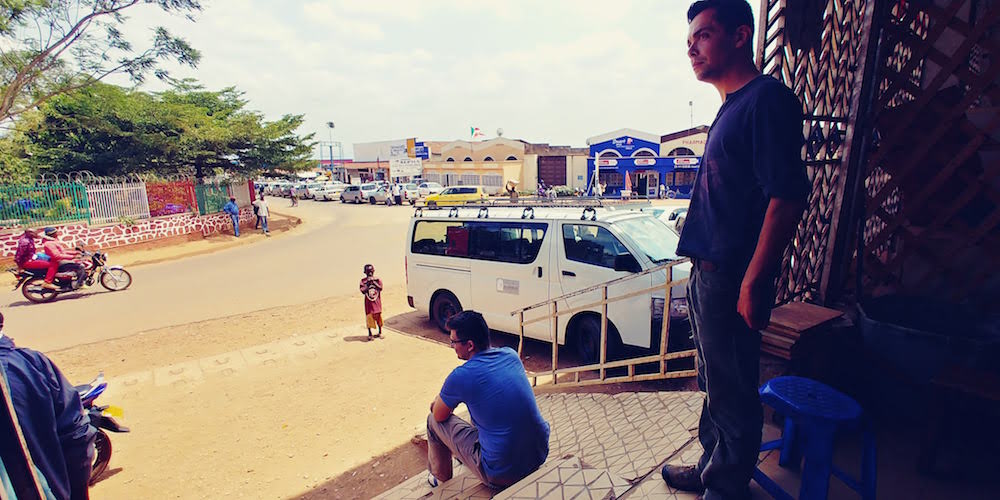 We stop for supplies in Gitega, the second-largest city in Burundi, home to 40,000. In Gitega, there is a tree that is precisely the center of Burundi. We buy toilet paper and some extra food for the volunteers.

We make our way south to Kibuye, another hour of driving. We get to the hospital in time for a lunch of rice, peas, plantain and boiled spinach. The rest of the volunteers are tired, fighting off bad morale, brought on from the GI bug. The rumor is that a volunteer brought it from the States.

After lunch we settle into our room, get our cameras and tools unpacked, and set out across the compound. The next two weeks are barely begun. 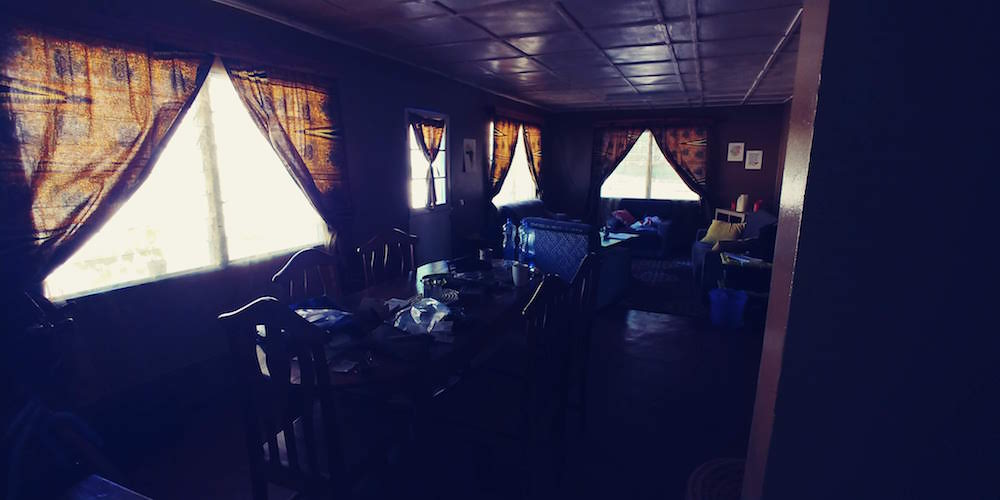 My brother, my dad, and I traveled to Burundi to install a…